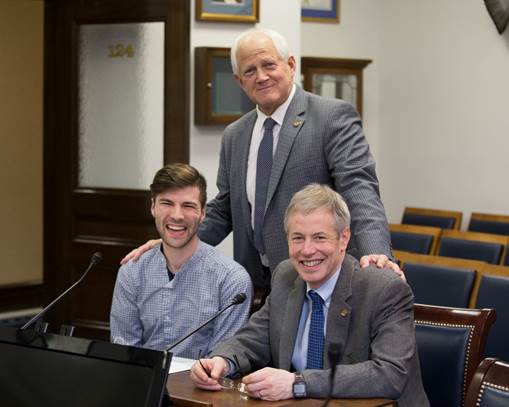 Chris Birch, a longtime Anchorage Assembly member who shifted to the Legislature in 2016, died suddenly Wednesday of an apparent heart attack, according to several colleagues.

Birch, a Republican, was in his first term as a state senator and served as chair of the Senate Resources Committee.

Our take: Sen. Chris Birch was a long-time Alliance member and advocate for responsible resource development in Alaska. To borrow language from another legislator: “We will miss him in the Capital, in our community, and out on the trails. [Our] deepest condolences to his family and friends.” Chris Birch was a great Alaskan, and will be dearly missed.